Our 15month old had been struggling with eczema for about 3 months when we found Rachael. I was so desperate for help and results. Rachael was so confident she’d be able to help us and it was music to a mommas ears.

The entire healing process took about 6 months. There were weeks where her skin was worse than when we started and I wanted to give up. Rachael was so patient and compassionate with me as she encouraged us to keep going. Not only does our daughter have flawless skin now, I know that she has been healed from the inside out and not just with some topical cream.

We have also been able to reintroduce foods we had eliminated from her diet with no issue. I’m so thankful for the relationship we’ve built with Rachael through this. She will be a key part of helping us keep our family thriving.

“I have been working with Rachael for about 6 months now on many chronic deep rooted issues.

Rachael has a wonderfully kind and empathetic way of unpacking and getting to the bottom of the problem. She not only prescribes but helps me understand how the remedies help my body. She is really perceptive and has been very flexible in tailoring my treatment plan and follow-ups to meet my specific needs.

She has been an incredible support through my healing journey and I highly recommend her!” 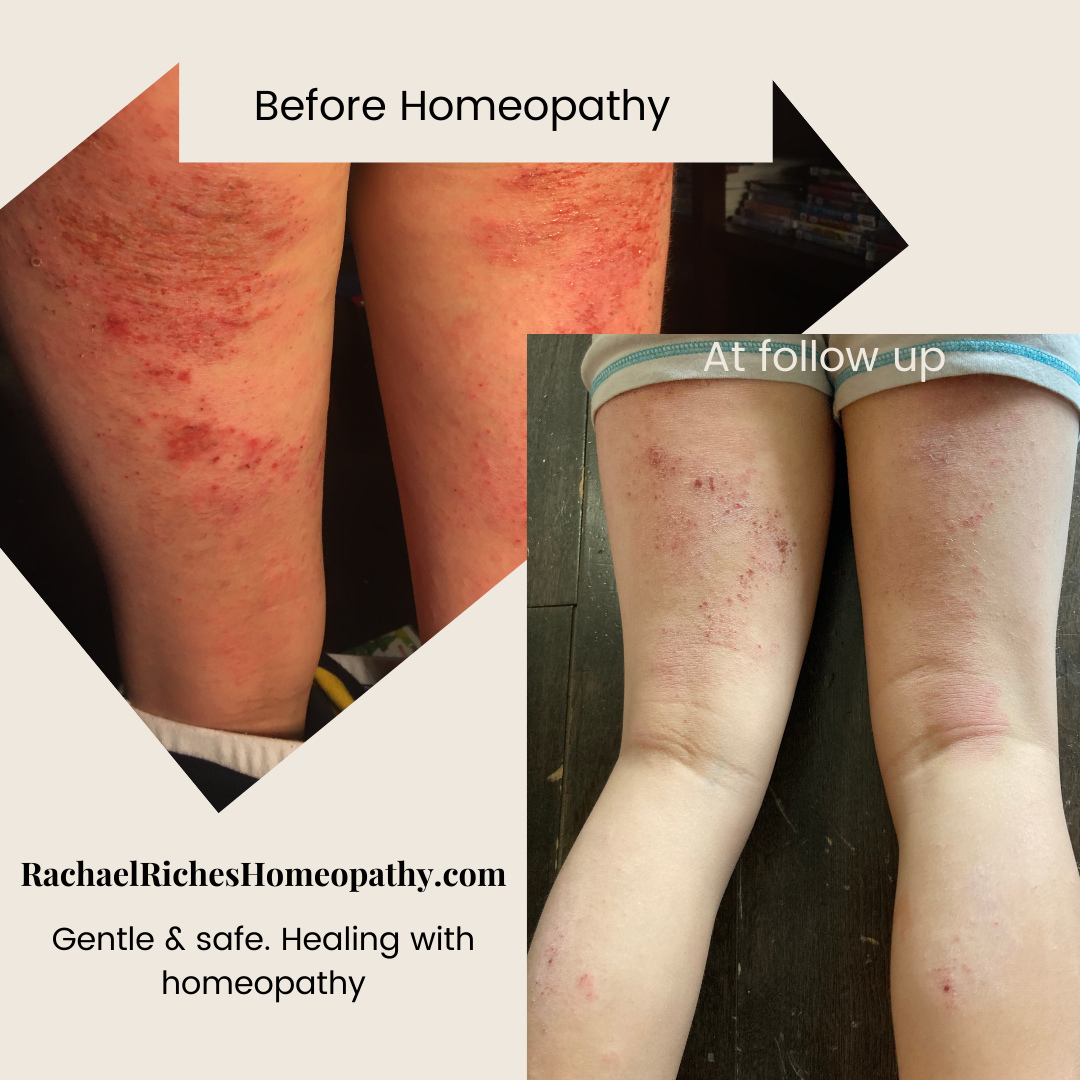 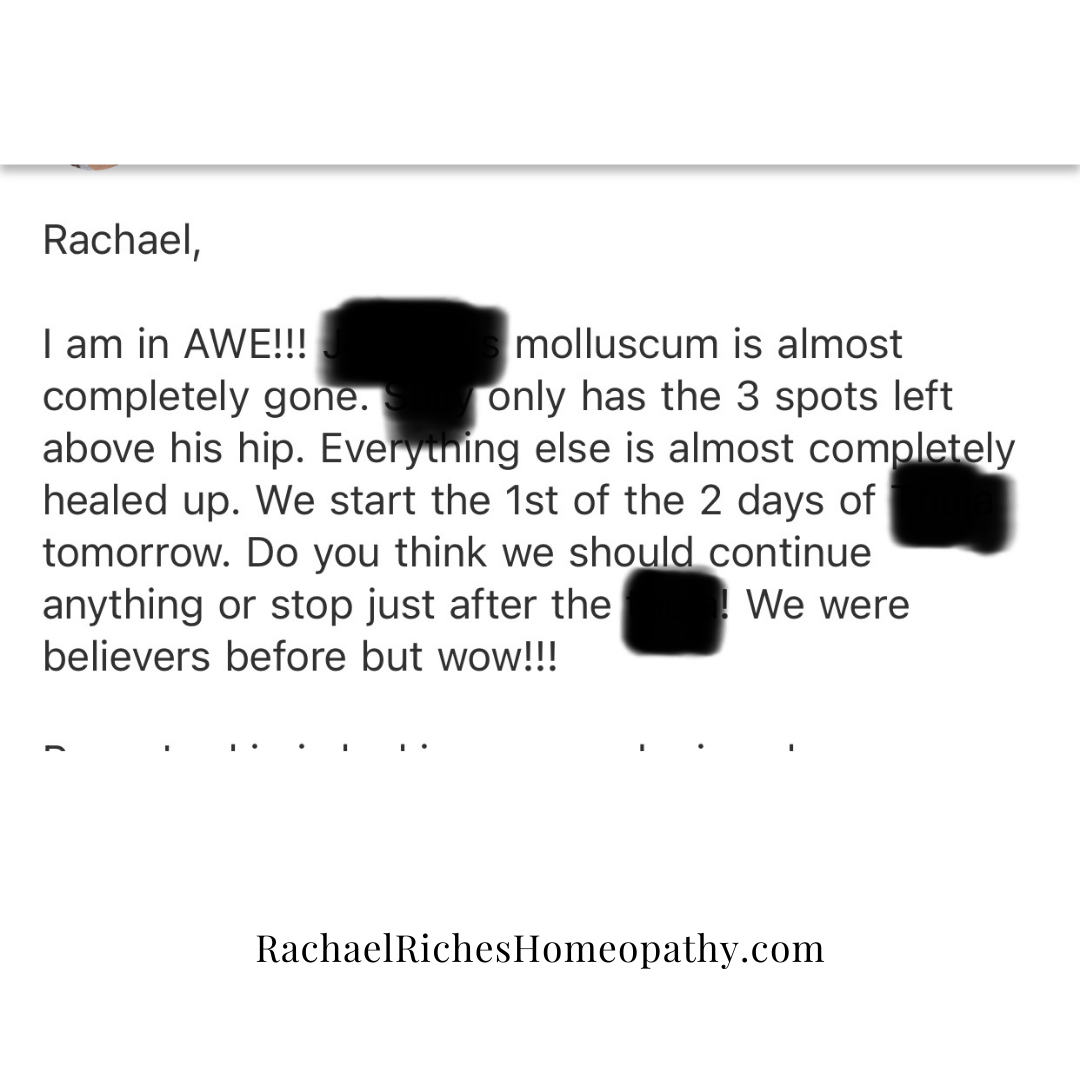 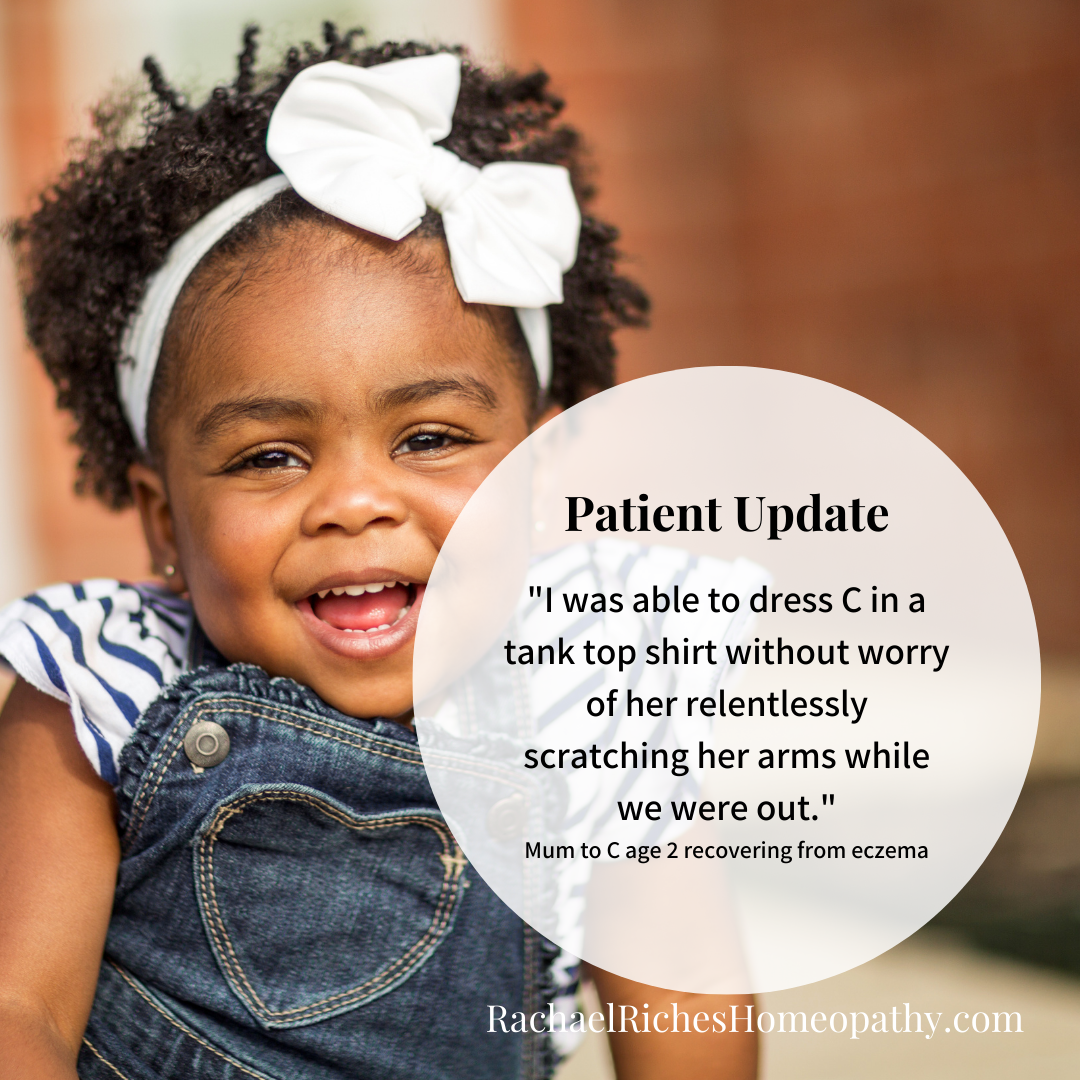 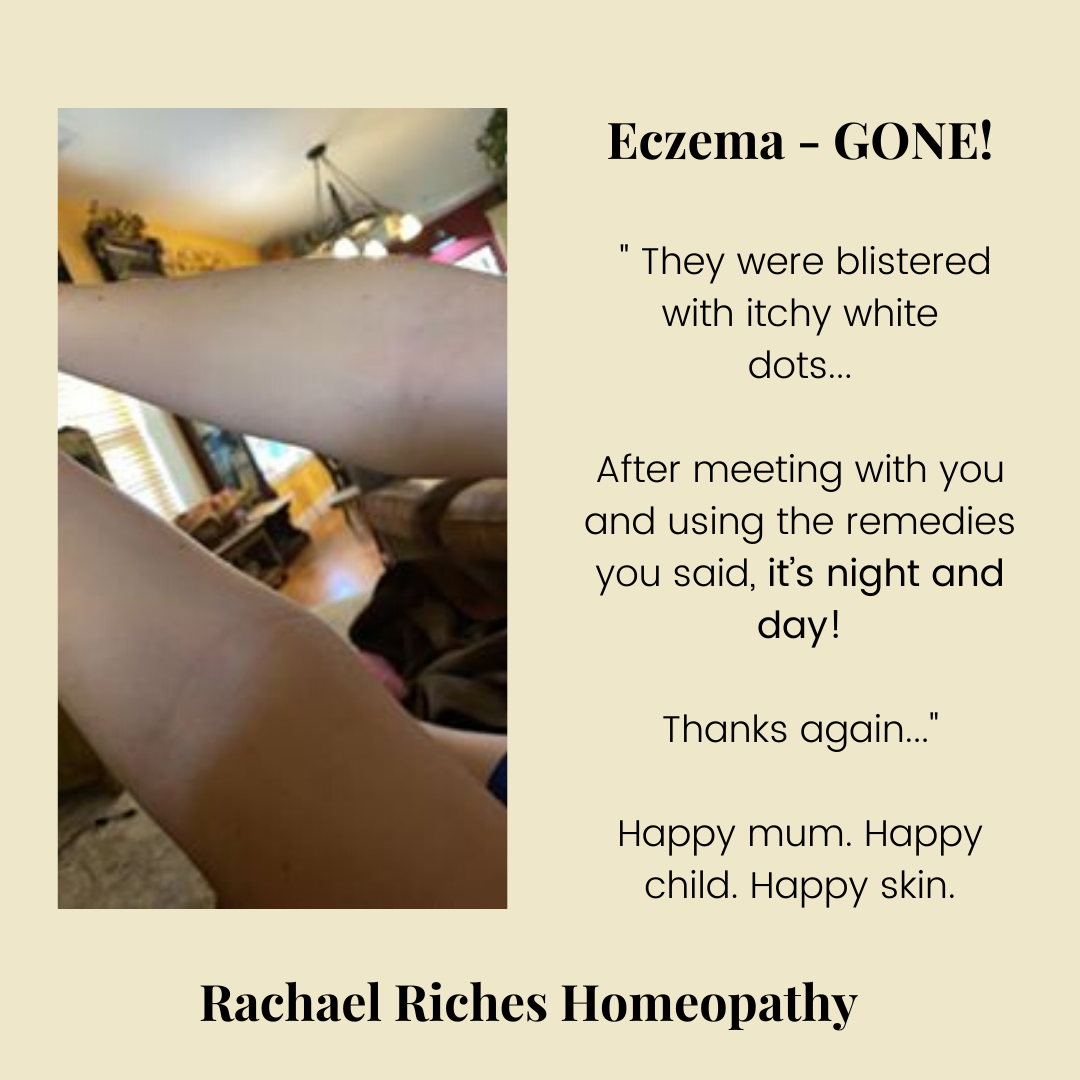 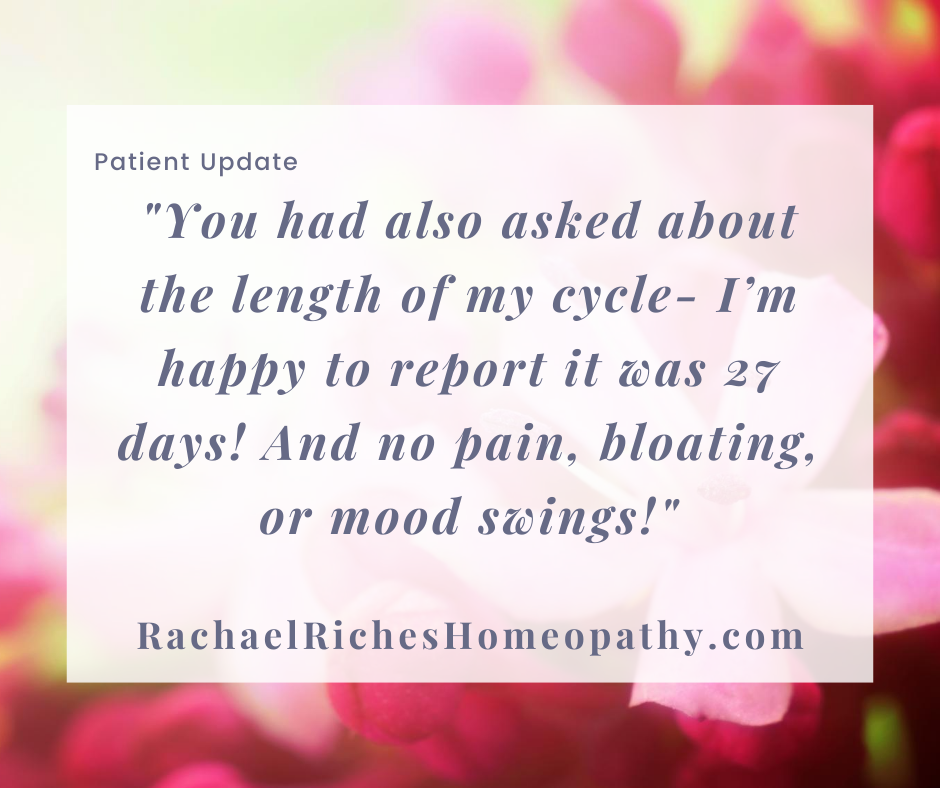 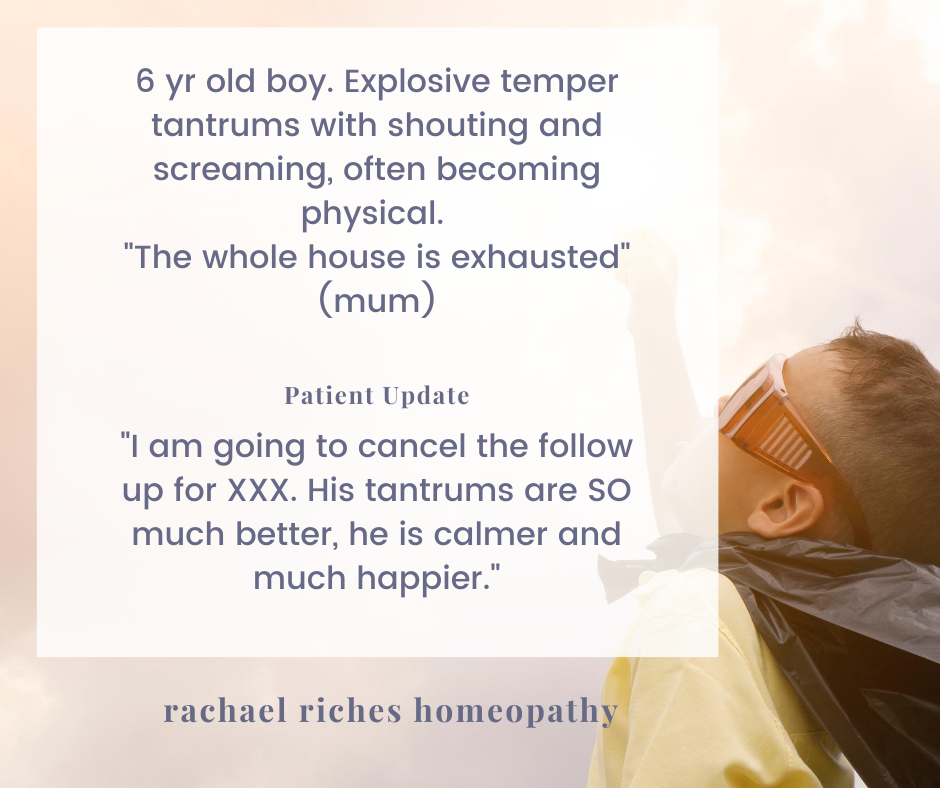 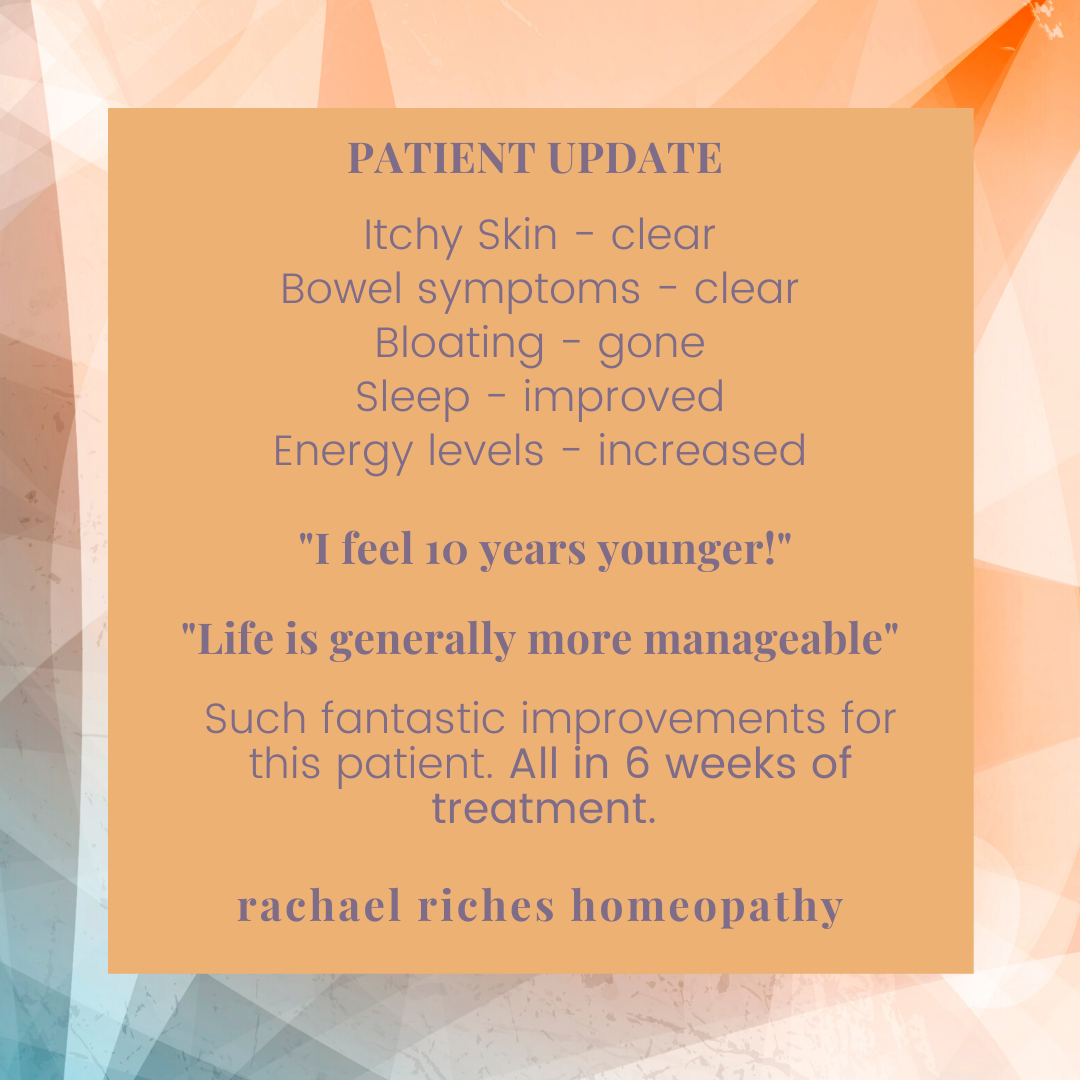 I needed a homeopath in a hurry this week, being quite late at night I went straight to the Homeopathy 247 website where I knew there would be a homeopath ready and waiting to help me. I was seen by a homeopath immediately who really helped me out and continued to support me for 48 hours after, which was amazing and very reassuring.

I can’t thank this service enough for being there day and night and for the professional and caring help I have received.

I am truly grateful and will not hesitate to recommend you to others. Thank you Rachael Riches for being the homeopath on call that night. 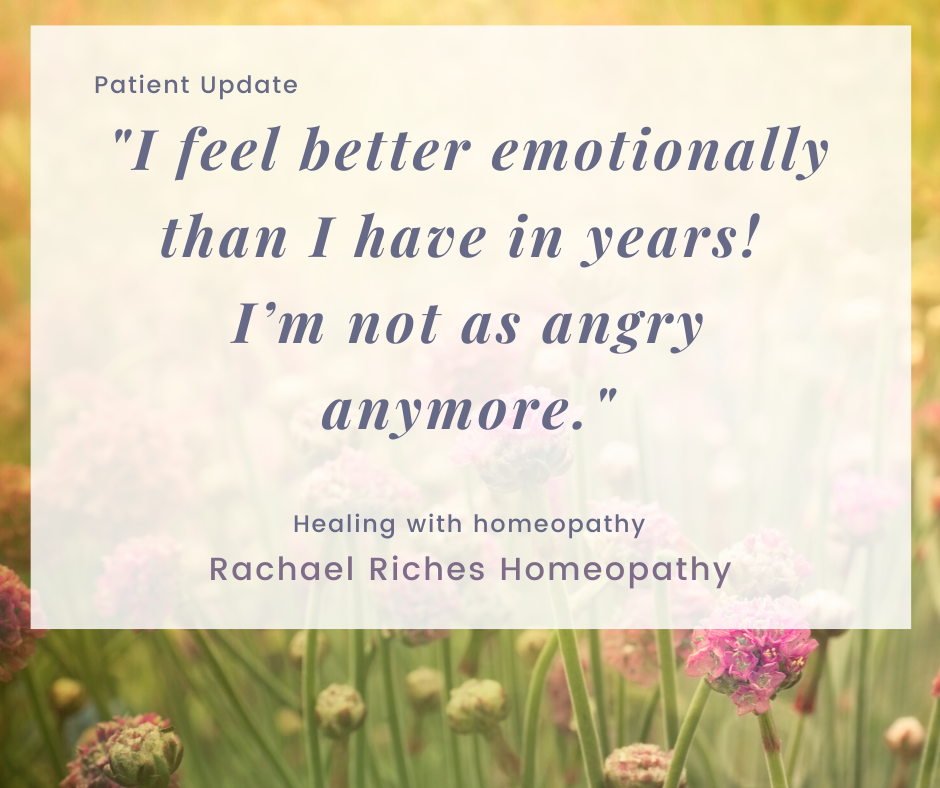 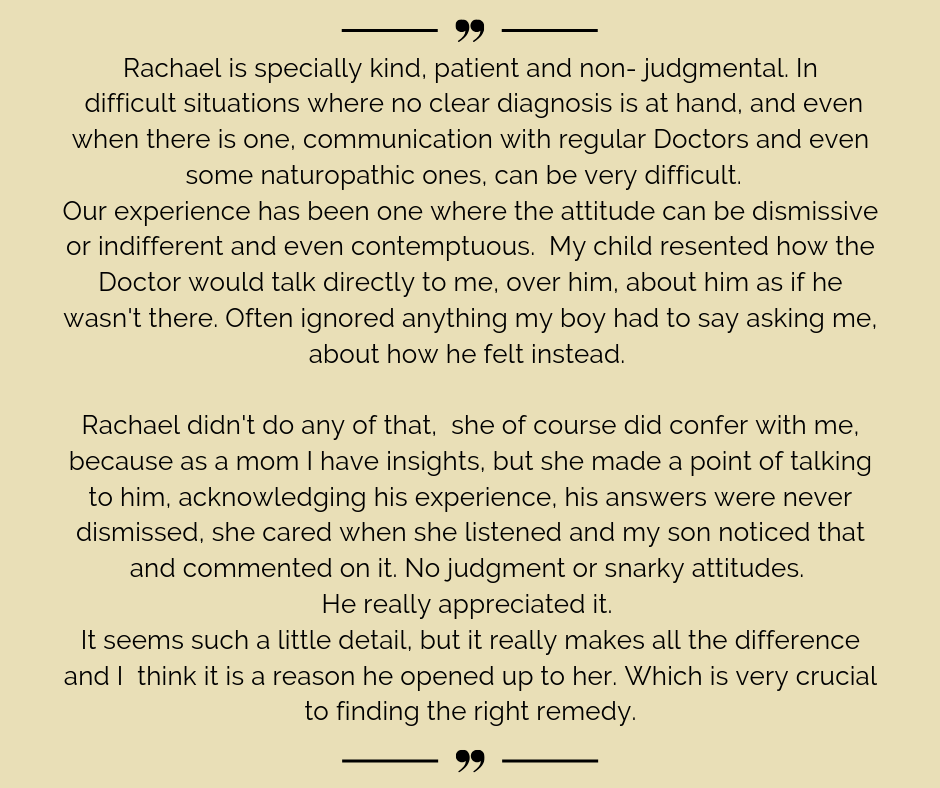 “ I have had the pleasure to worth with Rachael for a while now and I can’t say enough about my experience.

She takes into consideration everything you mention and listens, I feel like I’ve known Rachael for years! She is professional yet like a friend. I am able to get in touch with her in between appointments without any issues and she is great to notify if she’ll be away or on vacation.

I am so pleased with her services and constitutional care that I highly recommend her to any of my friends and family who are willing to do homeopathy. “ 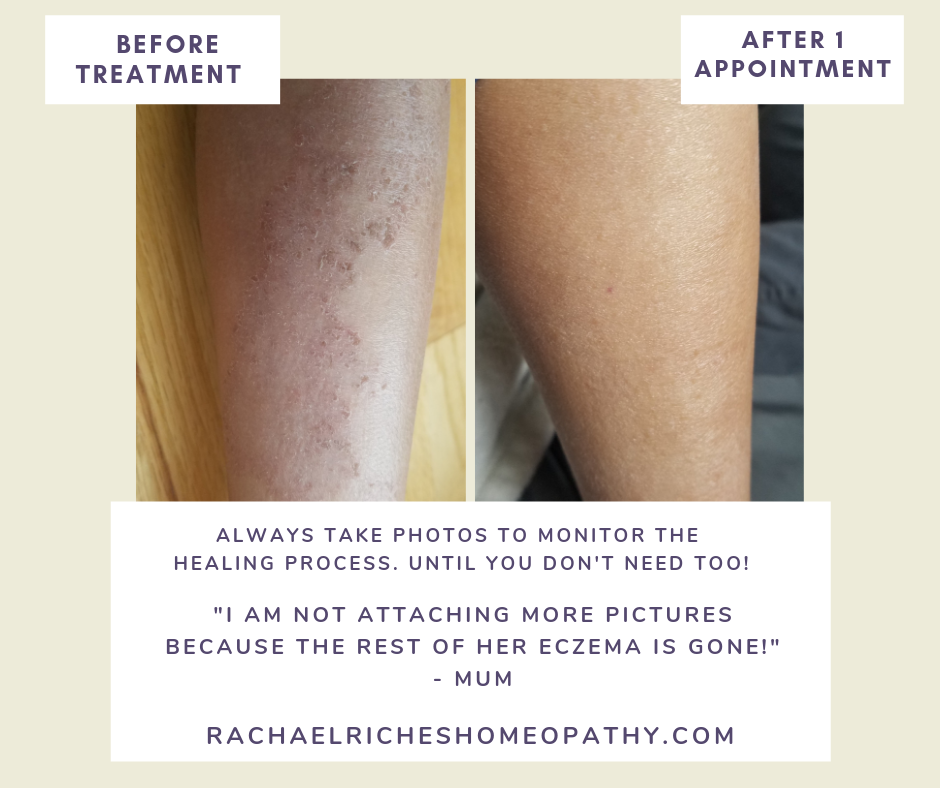 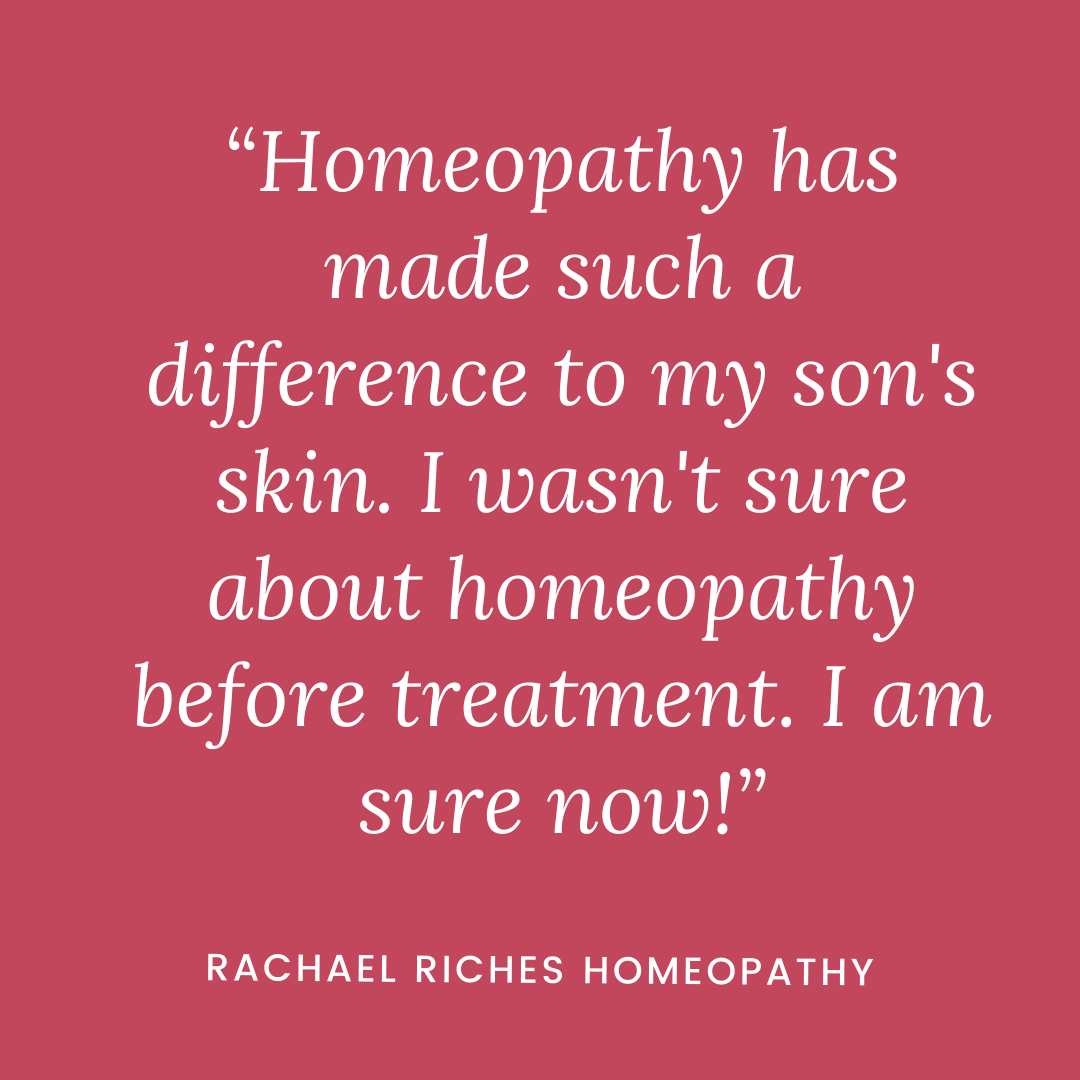 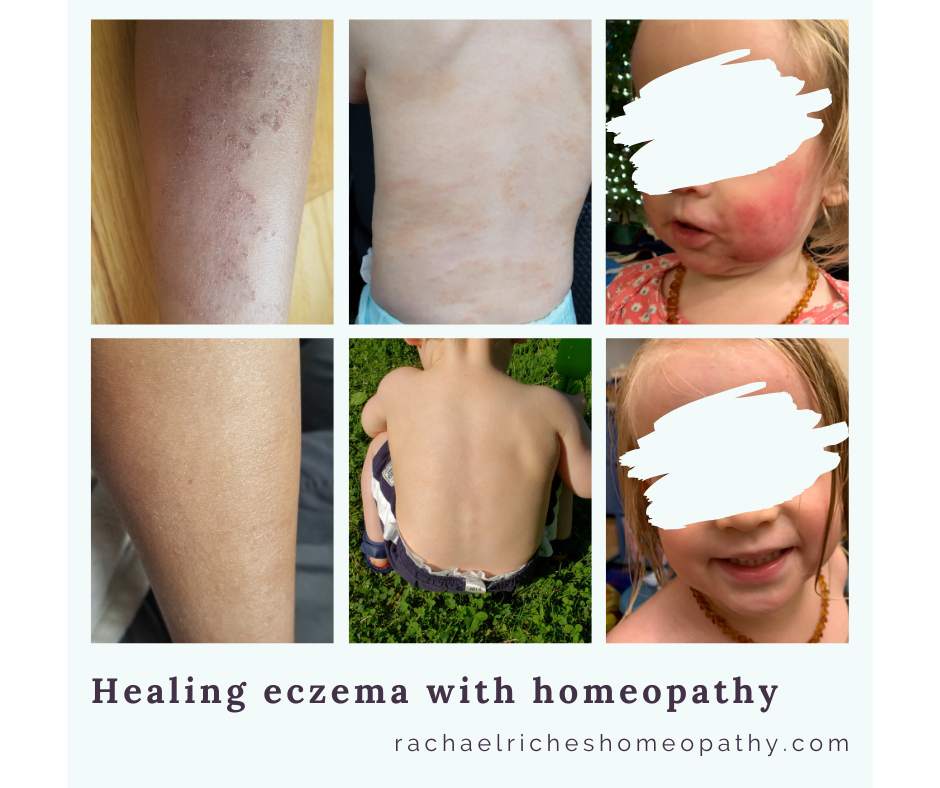 “ My skin had been in poor condition for as long as I could remember. I knew I didn’t want to just cover it with creams, I wanted to get to the bottom of what was causing the problems. Working with Rachael was easy and she has helped me enormously. She was calm and considerate throughout and has helped me to recover. My skin is now a million times better and I feel more confident as a result. “

“ You’ll be happy to know that XXXXX is thriving and doing really well.

You literally helped me get my son bacK from the brink. “ 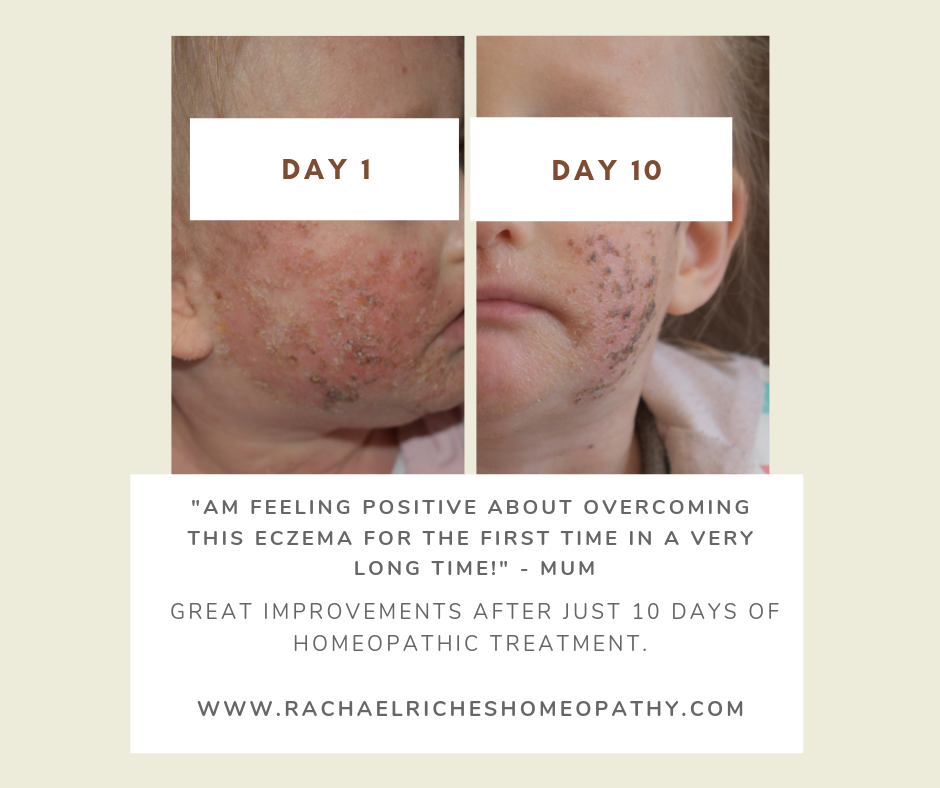 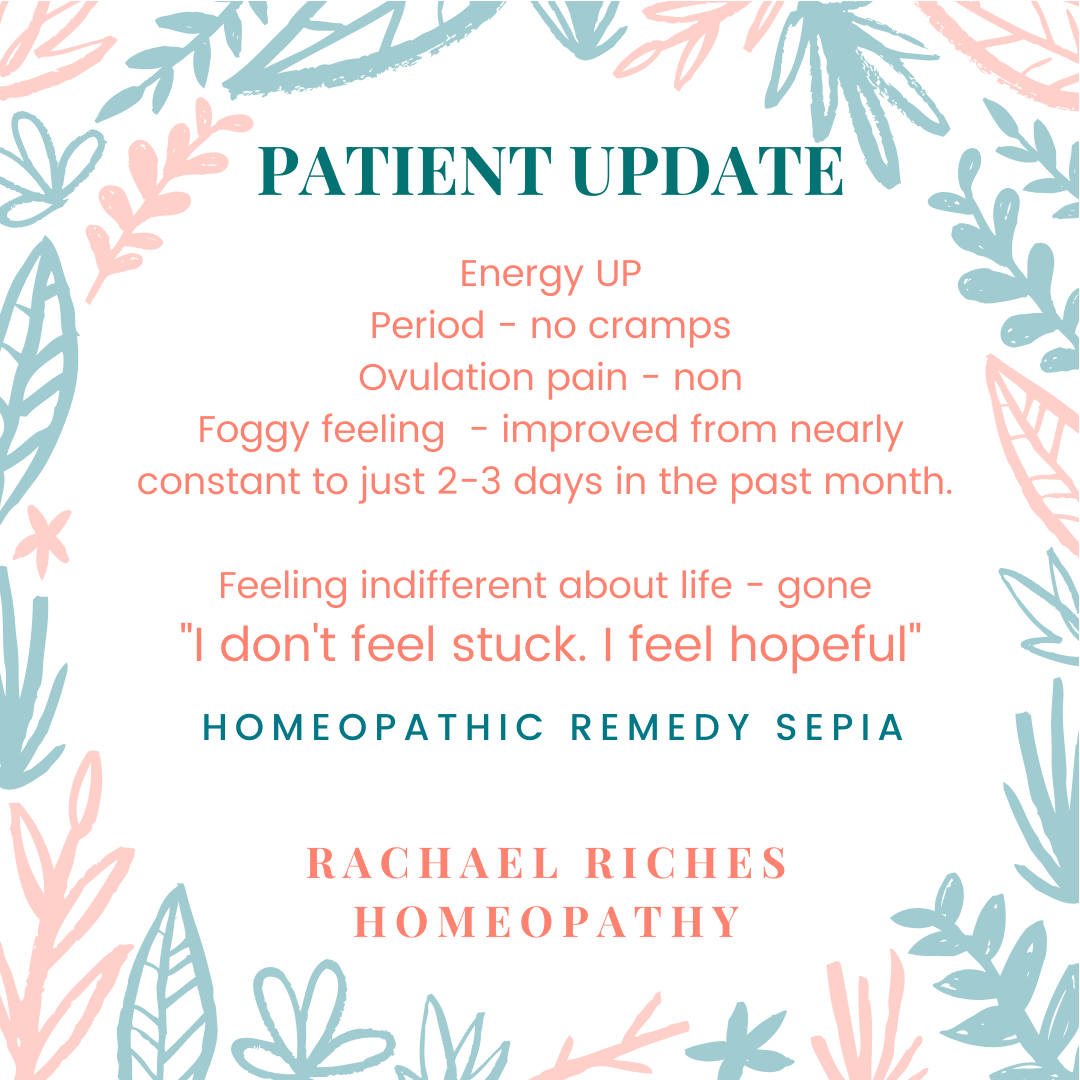 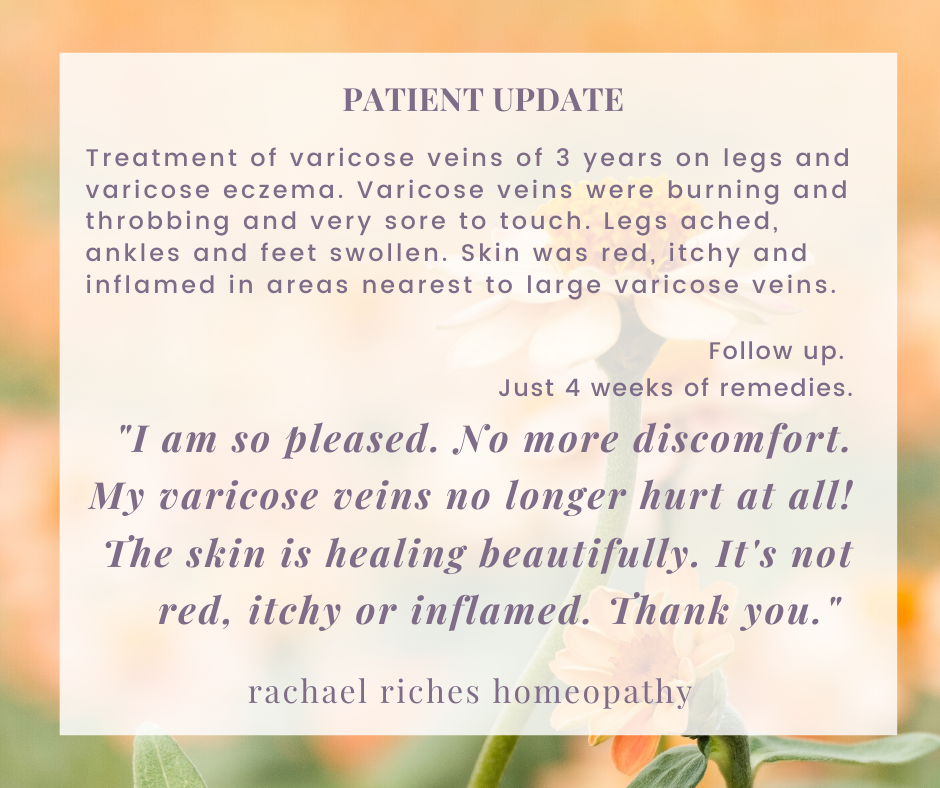 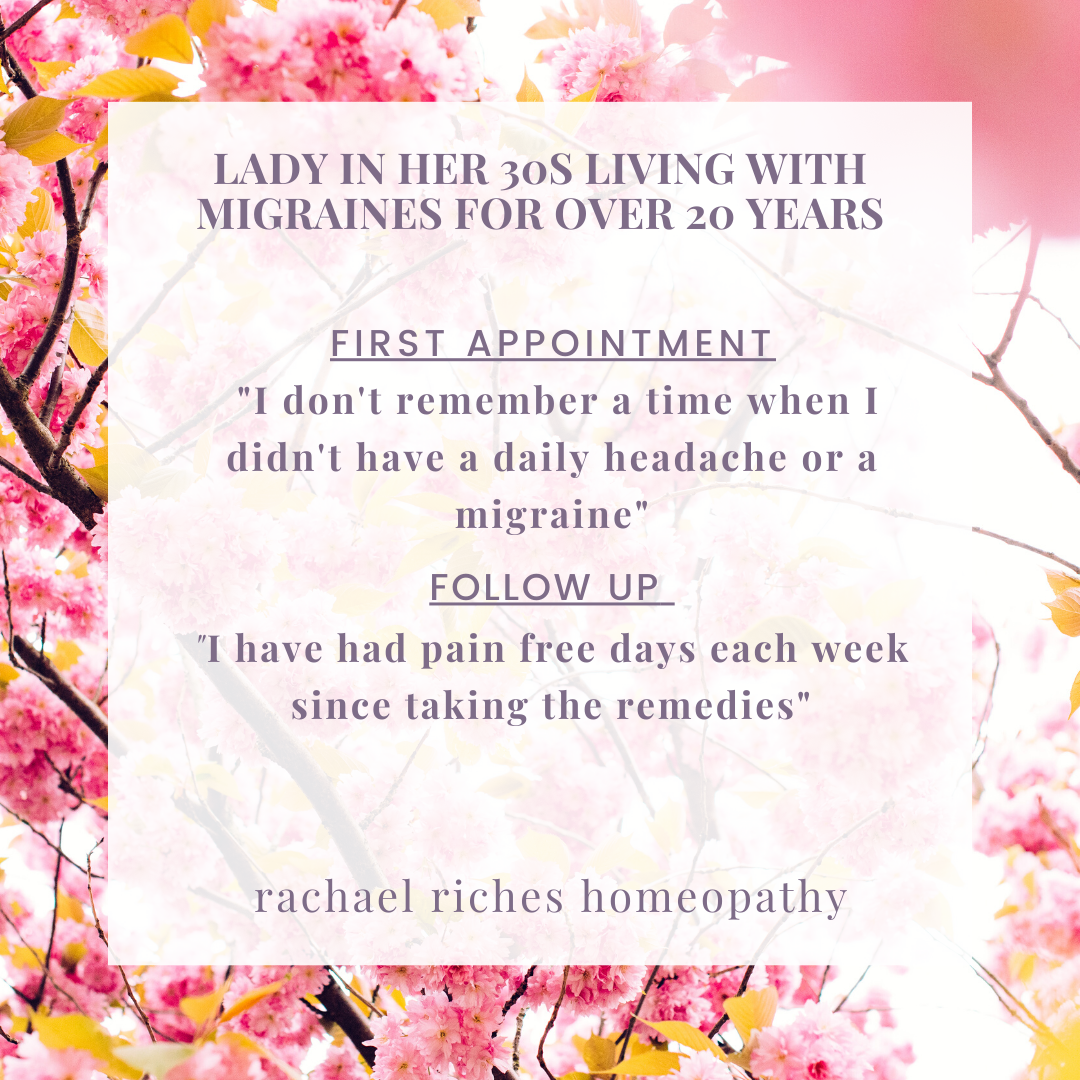 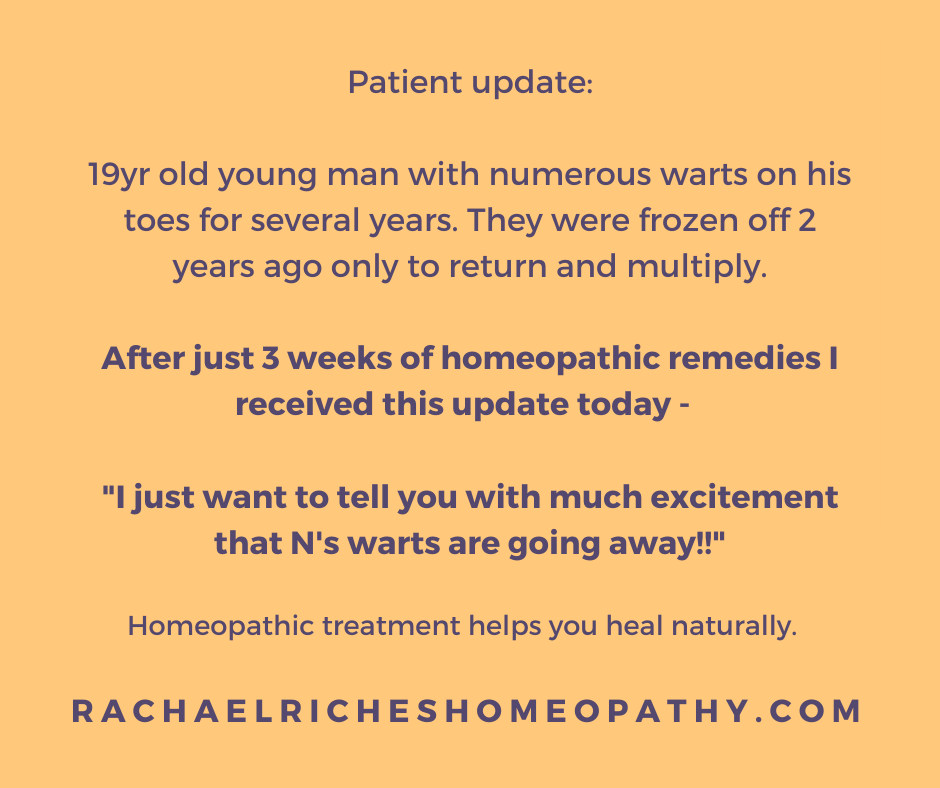 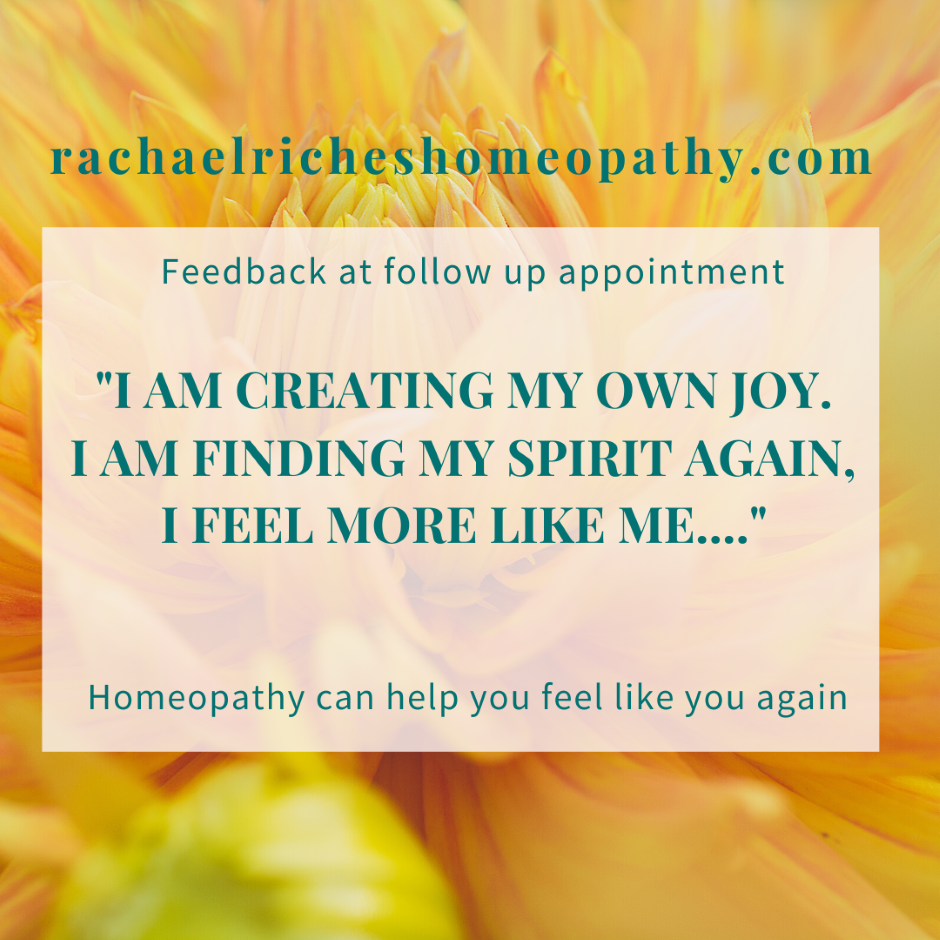 The remedies you gave me have worked their magic. I am no longer itching and my state of mind is back to how it should be so I thank you very much.

I failed to tell you how nice it was to talk to you, and that you assured me that some of my feelings are common woman things.

Can highly recommend Rachael, It’s the first time I’ve actually felt like someone is listening and actually cares, not only does she care about my daughters treatment but also the whole family! No matter how many emails and concerns – she’s always there to help! Thank you Rachael for putting up with my madness!

Rachael has been treating my daughter for the last couple of years for a range of ailments – most notably a stubborn ear infection that antibiotics didn’t seem to be able to get rid of. Since Rachael treated her it has not come back. I can’t recommend her enough. 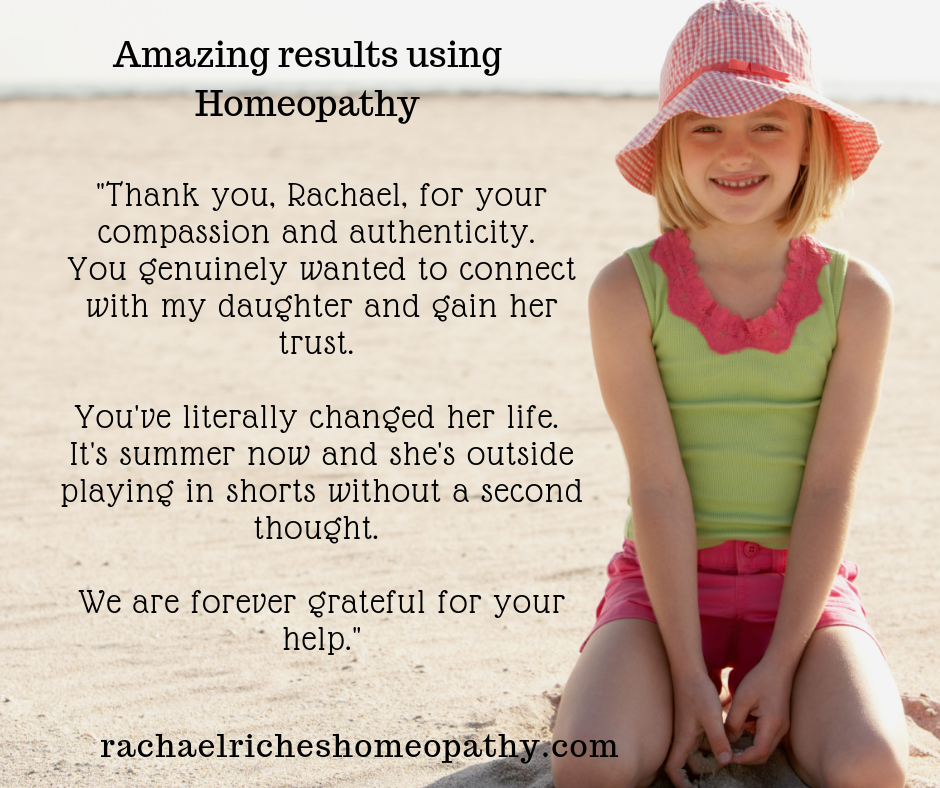 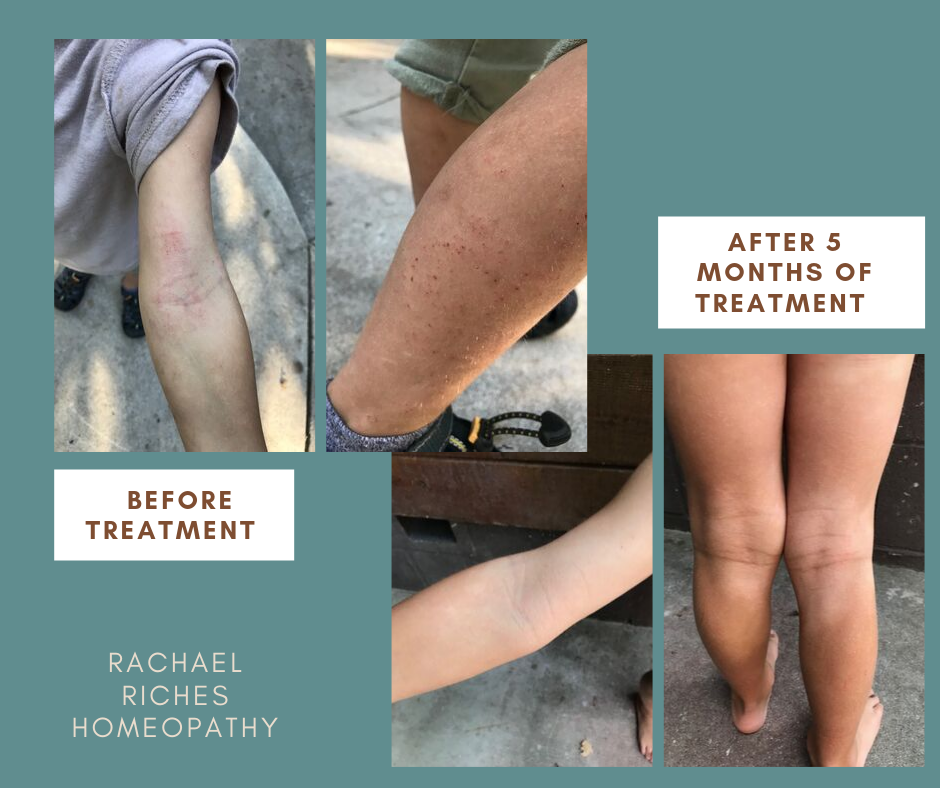 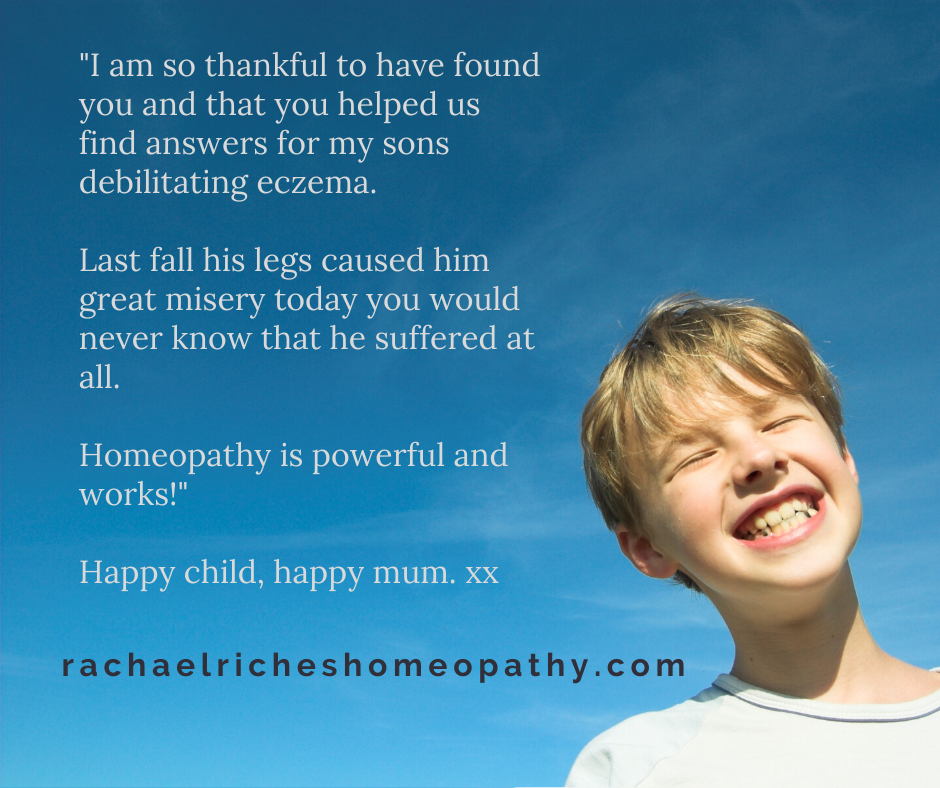 Rachael has been treating my daughter for the last couple of years for a range of ailments – most notably a stubborn ear infection that antibiotics didn’t seem to be able to get rid of. Since Rachael treated her it has not come back. I can’t recommend her enough.

About a month ago, I found out about Rachael’s eczema study and started working with her to improve my son’s skin condition.

After the first month of taking the remedies she prescribed, we have already seen improvement in his skin. It has been great working with someone who has this much experience with eczema, and I have appreciated her approach to healing my son’s body as a whole, rather than treating symptoms like other doctors we consulted attempted to do. She is always quick to respond to my emails, and gives a thorough and easily understandable explanation to all my questions.

It is hard as a young mom to trust another for my son’s care, but I feel completely confident placing my trust in her.

Just came here to say how much of an amazingly wonderful homeopath Rachael Riches is!! We started working with her 2 months ago now for my son’s eczema. Since then, anything and everything she has recommended to us has helped myself and our family so much! We worked with 3 different homeopaths before God introduced us to Rachael, and I cannot be more grateful for that introduction.

After we began working with her for his eczema, my son started having some weird neuro-like spasms and we were not sure what was going on. Rachael decided it was best to take a break on the eczema treatment and had me dose him with a remedy for the spasms. After 1 SINGLE dose, the episodes stopped. They were occurring 2-4 times per day prior to the remedy. I was amazed!

She also recently suggested a remedy for a cough/cold my daughter and I have and it’s already starting to help us after 1 dose last night before bed.

I have to be honest when saying that I was beginning to lose faith in homeopathic medicine after working with so many homeopaths with absolutely no results. I am now AMAZED and Rachael has made this happen for me!

Thanks so very much, Rachael. 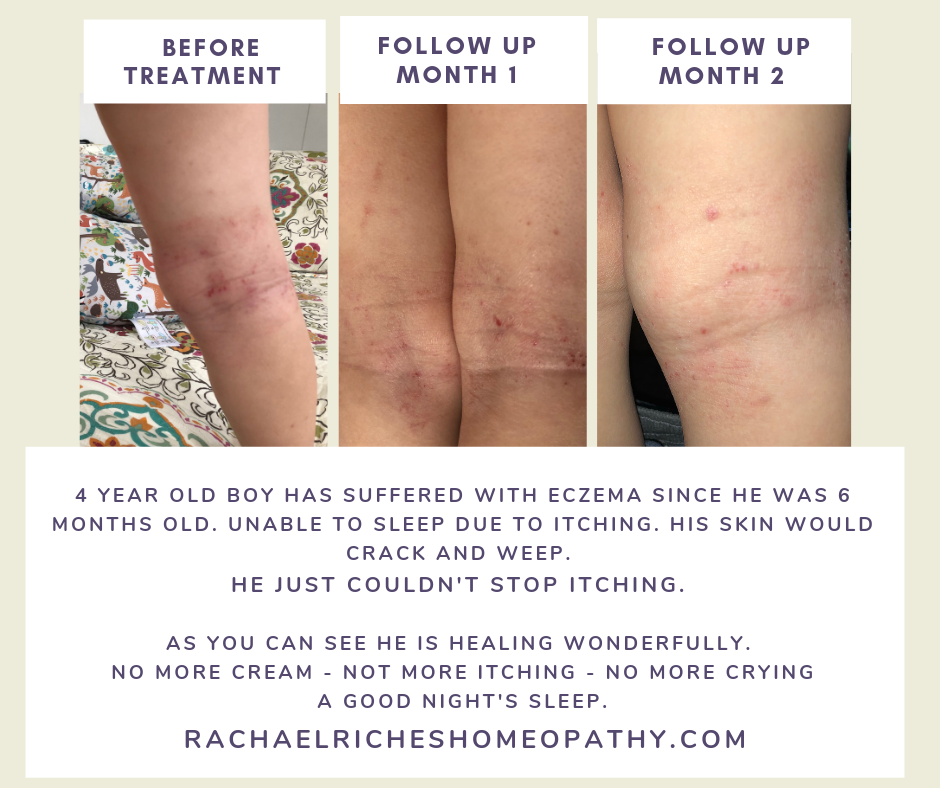 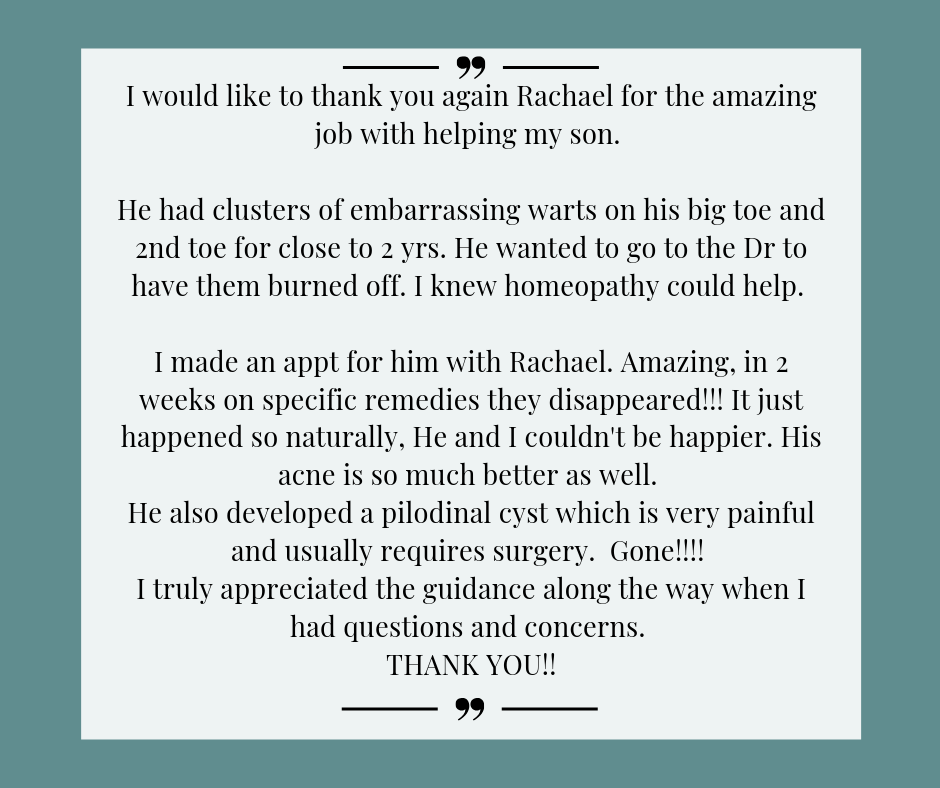 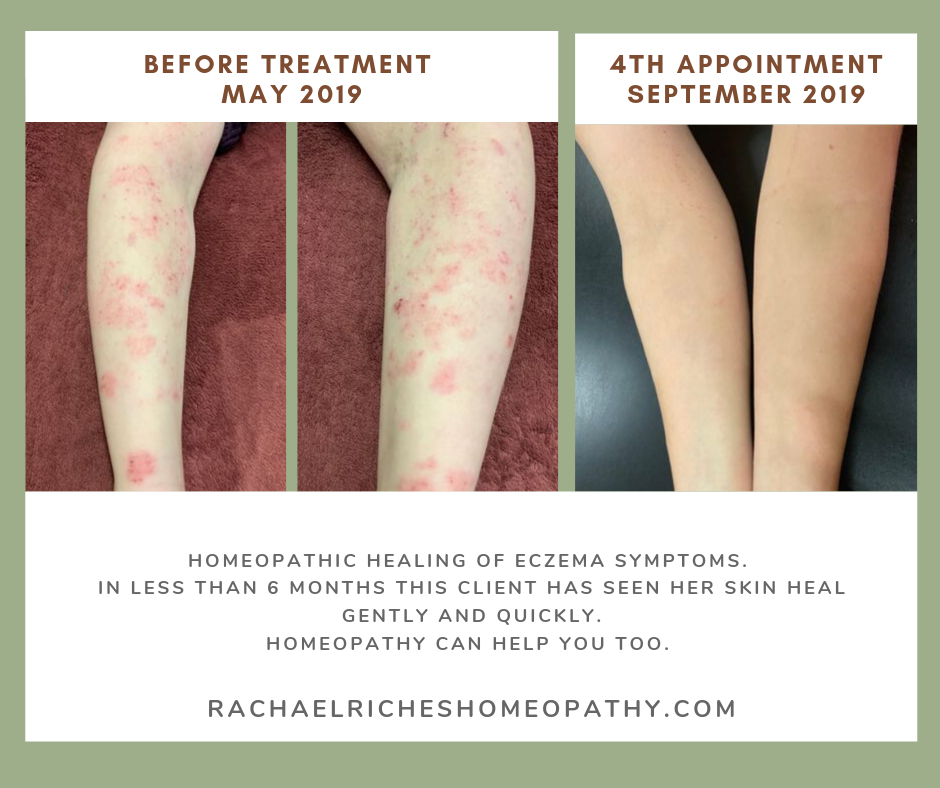 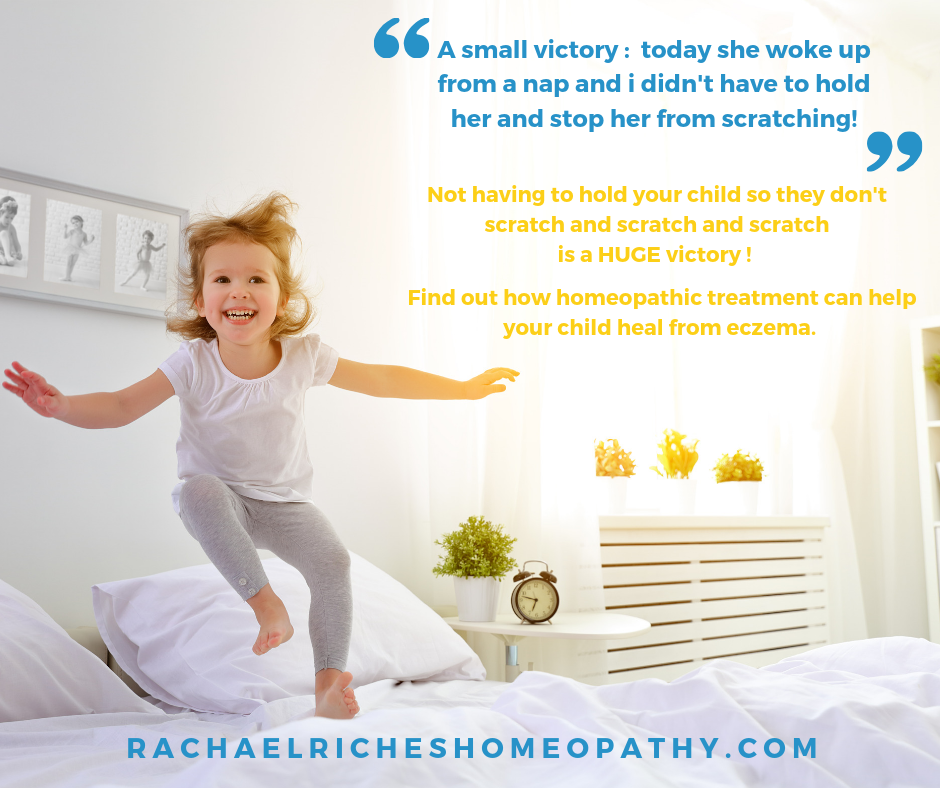 “ Rachael is a compassionate and intelligent listener who is nonjudgemental and easy going. I think you could discuss anything and everything with her without her being phased. I feel this is a very important quality in a homeopath.

Rachael is thoughtful and considered when she is working on the issues you present, intuitively bringing together the physical symptoms and your emotional background to consider the tailored holistic symptom picture and potential remedy prescription.

Rachael is a calming and reassuring person who has helped both me and my children through various issues over the years. I would thoroughly recommend her.” 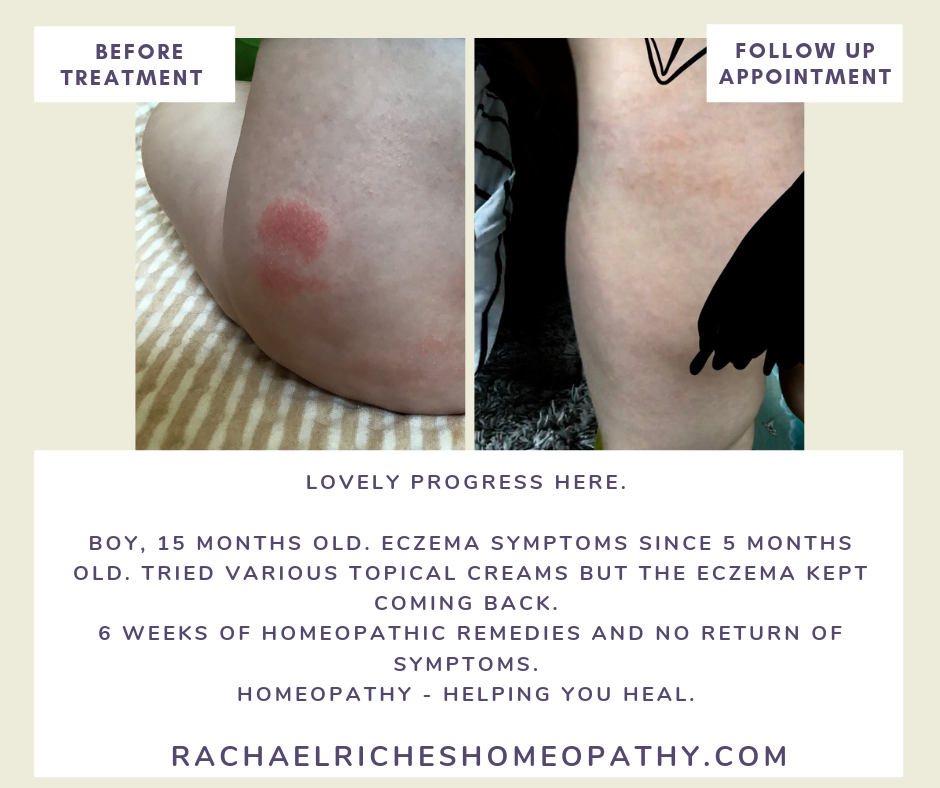 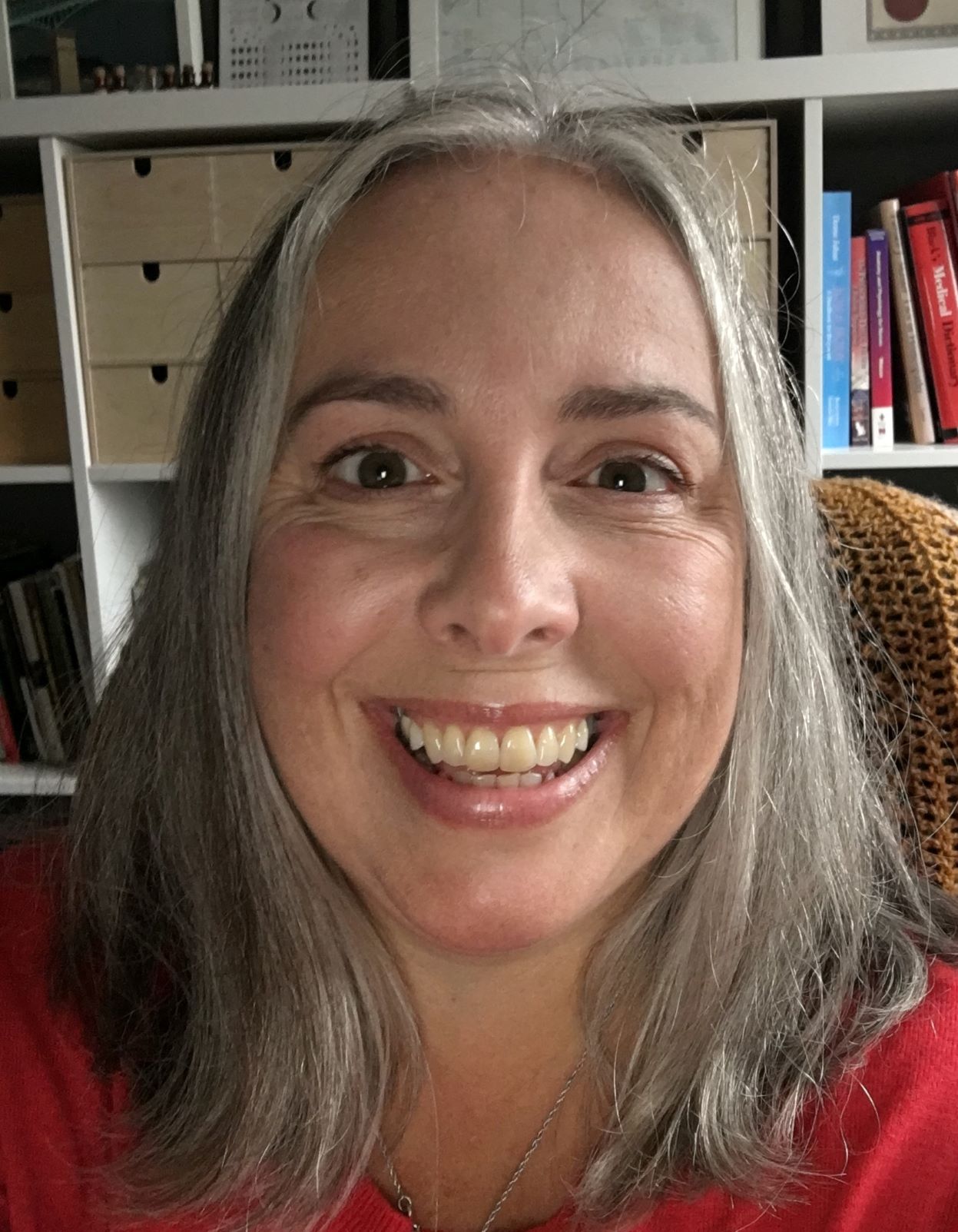 Homeopathy can help you too. Book a 15 minute chat with me.